Be the first to review

The Scots, like the Celts, are warm, hospitable & loving people who have always had an open & progressive attitude towards marriage. Other countries, including England & many other European countries, hold different values.

Traditionally, in Scotland, a man & woman over the age of sixteen could be married by declaring themselves husband & wife in front of witnesses.

In England, such marriages were prohibited by Act of Parliament in 1745 with the result that eloping couples fled to Scotland for their marriages.

Gretna Green was the first changing post across the Scottish Border for the stagecoaches on the main London to Edinburgh route & so began its long association with the romance of the runaways.


Today, with no residential qualifications for marriage in Scotland and no parental consent required for couples over 16 (unlike the regulations of many other countries) couples have continued to run away - albeit with the need to serve notice to the Registrar. Gretna & Gretna Green have attracted visitors from all over the world. All modes of transport have been used to deliver couples to the anvil:
car, van, lorry, fire engine, horse & carriage, horseback, bicycle & motor bike.

One couple arrived with their boat in tow ...

En route to Inverness for their honeymoon on the Caledonian Canal, they stopped off at Gretna to be married, then continued up north.

The boat was decorated with streamers & balloons & the traditional "Just Married" sign had been placed on the stern bedecked with a couple of L. plates.

Another couple had arranged their wedding to fit in with their journey to Aviemore to take part in the International sled-pulling competitions.

The 29 Huskies remained in their transporter outside the anvil whilst the marriage was being solemnised. Robin Hood & Maid Marion arrived at the anvil on horseback.

Fortunately, the horse was tied to a tree outside the building whilst the ceremony was taking place.

More than one couple has arrived without a common language & these marriages require the presence of two interpreters.

You may wonder how they arrive at a point where they wanted to marry here!

They may have seen Gretna Green on television as numerous TV production companies from around the world have arrived to make programmes ...however the couples arrive at Gretna Green & however they are dressed, they are all made most welcome.

There are currently no reviews for this company

All fields are required. Your review will appear immediately.

Thank you for submitting your review.
There was a problem submitting your review. Please try again later.
Incorrect password. Please try again.
You cannot review your own business
Reviews are limited to one per user and you have reviewed this business before.
The email address you have entered is already registered. If you have forgotten your password use the 'Forgotten your password?' link to reset it. 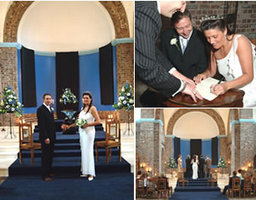 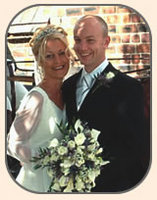